Preview Bottleneck Gallery's "When the Lights Go Out 2" Around this time last year, Bottleneck Gallery opened the tremendously successful glow in the dark-themed show, "When the Lights Go Out."  Collectors who were lucky enough to get their hands on the prints before they sold out, were treated to some fantastic work by Raid71 (2001), Bruce Yan (Where the Wild Things Are), Matthew Skiff (Three) and Mark Englert (Game of Thrones), among others. Nearly a year later, Bottleneck is set to open Part 2 of "When the Lights Go Out," with many of the same artists who made the first show such a success.  Set to debut new work this time around is last year's best in show, Mark Englert, who is creating two prints based on the game Bioshock; Godmachine, whose take on Big Trouble in Little China features amazing GID effects; Raid 71, who has a phenomenal new Akira piece; and Flippo Morini, who has created a companion piece to last year's Akira-inspired "He was a Friend of Mine."

There will also be new work from Timothy Pittides, Bruce Yan, Matthew Skiff, J.P Valderrama Andy Hau and many others. All the pieces revealed so far have done a great job of incorporating the GID effects into the artwork -- each offering something new and unique through the use of the GID inks. 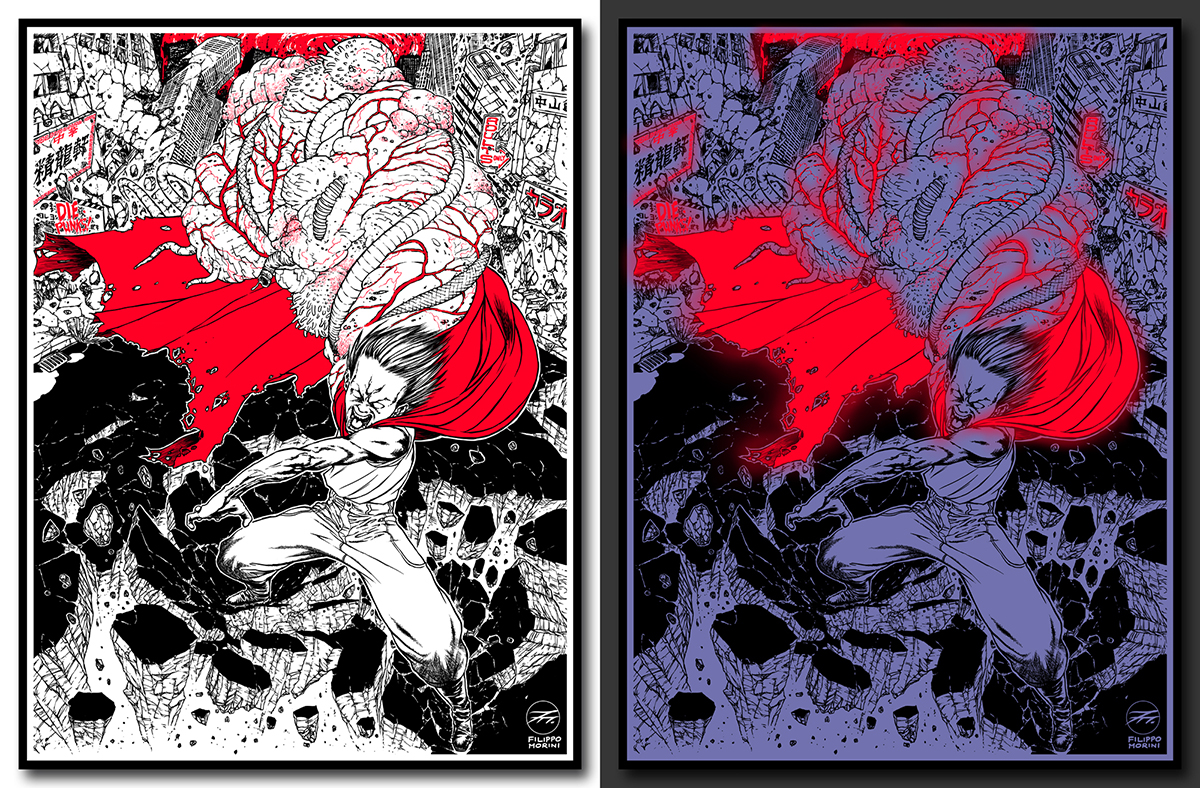 Flippo Morini - He was a Friend of Mine 2[/caption]

The show opens this Saturday at 7PM in Brooklyn. For those unable to attend, there will be a one hour pre-sale on Friday beginning at 12 EST here. All remaining work will go on sale Sunday afternoon.