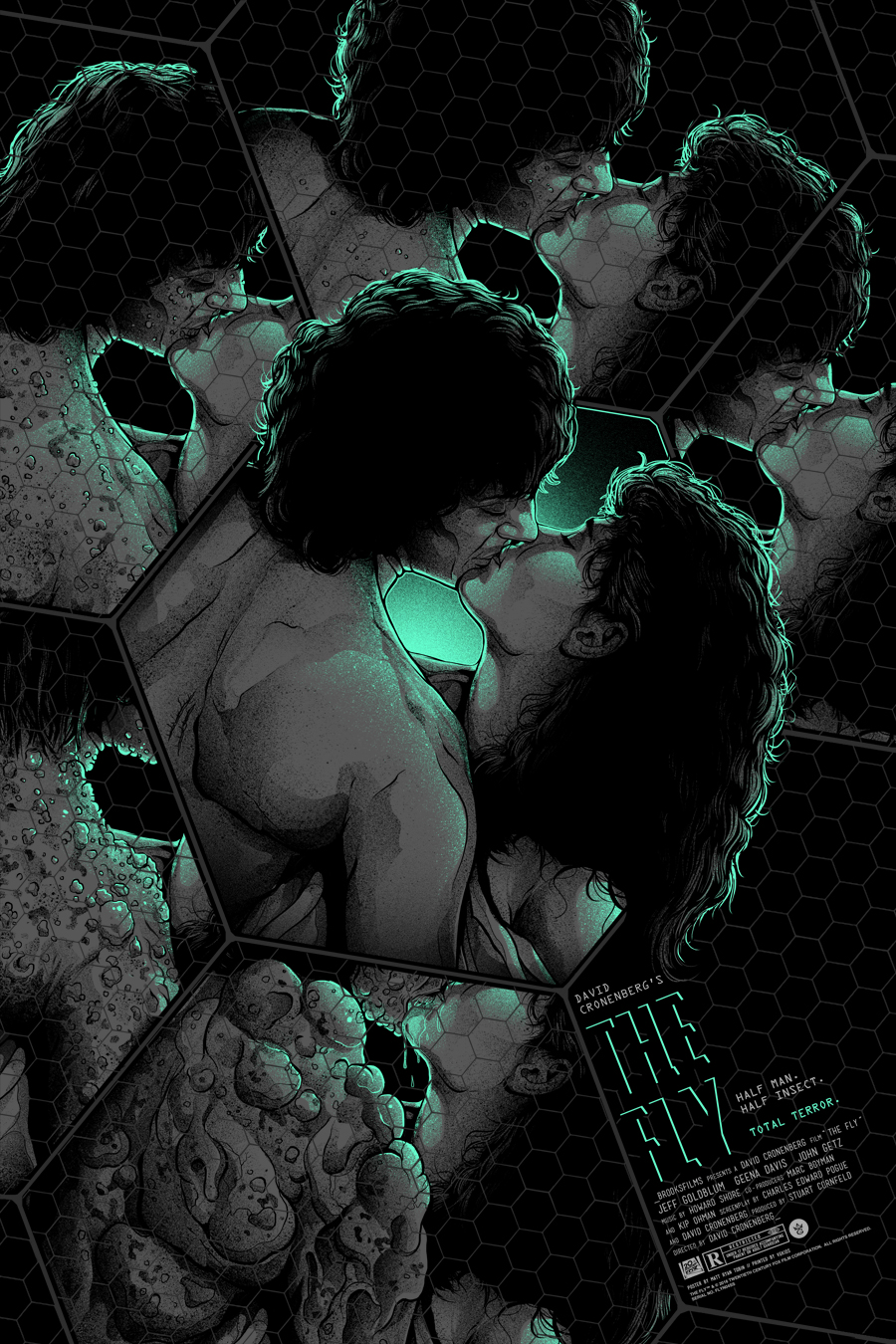 
On Wednesday, September 21st, Grey Matter Art will release "The Fly" by Matt Ryan Tobin. This is the first release in a newly formed partnership between GMA and Acme Archives, which will allow GMA to release officially licensed prints for 20th Century Fox films.


Having excelled in the horror genre before, Tobin does a really nice job with the property. The concept perfectly captures the creepiness of the transformation at the center of the film. The GID variant is also a great touch. 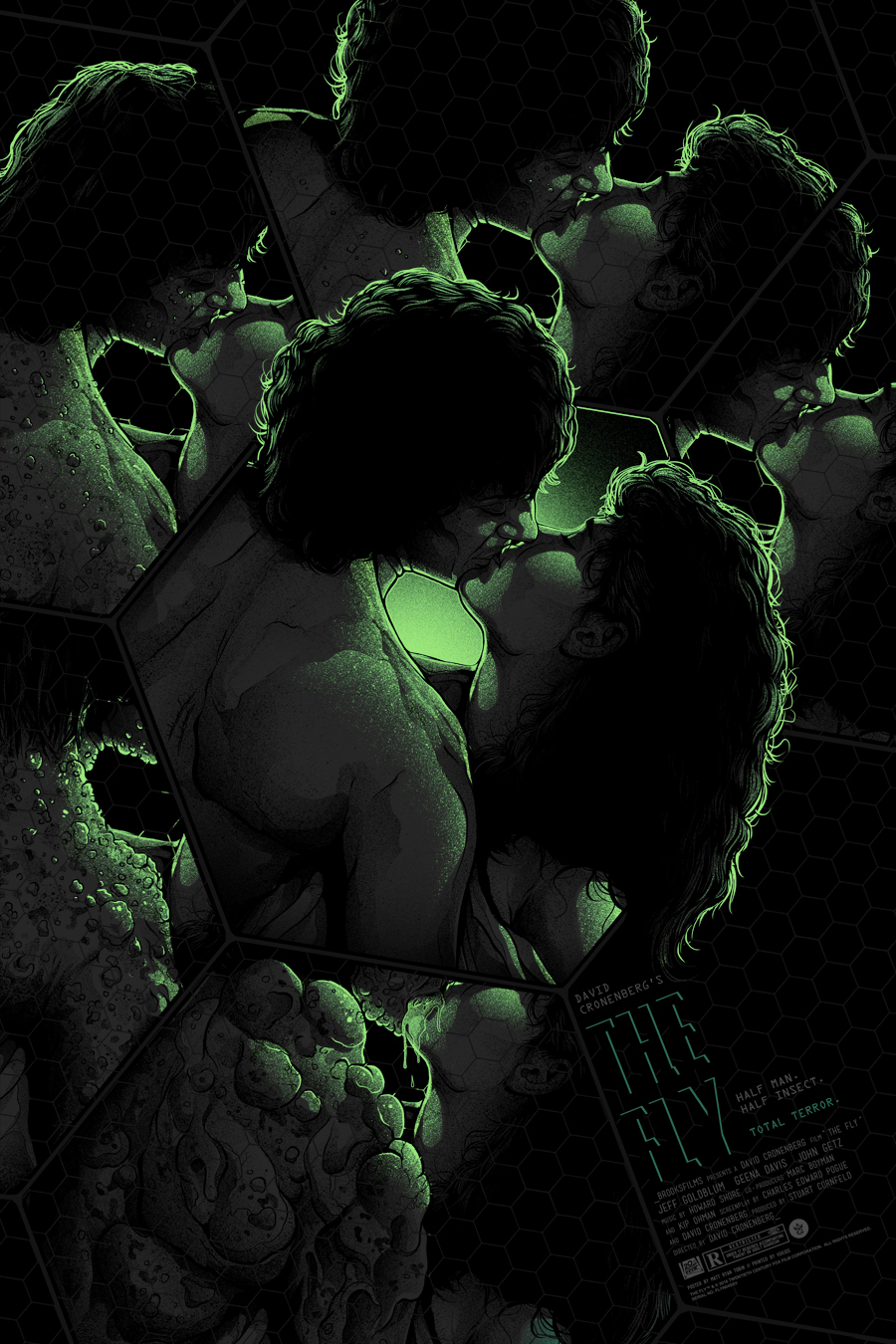