Mondo to Release Inside Llewyn Davis by Rich Kelly

While Mondo did not have it's traditional Oscar Night Drop, it has slowly released some prints for nominated films, such as Gravity and Dallas Buyers Club. Tomorrow, we will be treated to another print for an Oscar nominated film, when Mondo releases a beautiful new piece by Rich Kelly inspired by the Cohen Brothers' Inside Llewyn Davis. 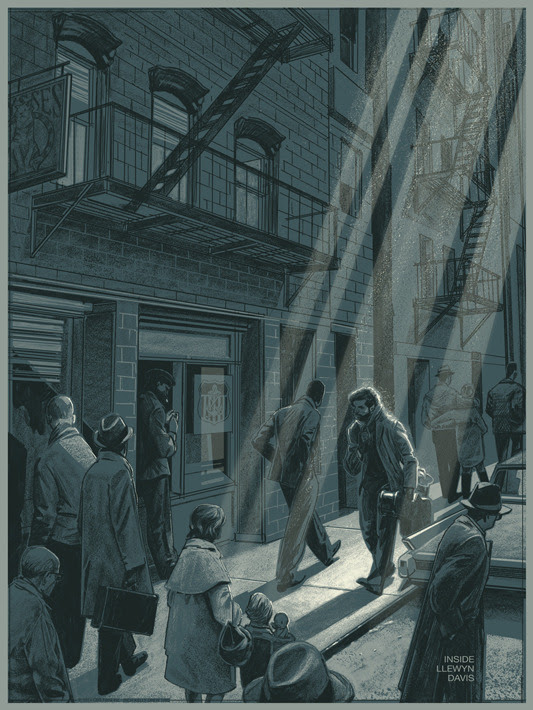 Inside Llewyn Davis by Rich Kelly[/caption]

If you haven't seen the film, it is a meditation on success and failure, and the loneliness of life in general.   If you're familiar with True Detective, this film perfectly exemplifies the "life is a circle" theory espoused in the show.  It seems in interpreting the film, Rich Kelly capture those ideas perfectly.  The print is predominantly grey, helping capture the melancholy tone of the film.  Llewyn is depicted bustling through the crowded streets of Manhattan going from place to place on an endless, repetitive journey trying to find success personally and professionally, even though he continually comes up just a little bit short.

The print is so well crafted, with its small titles in the bottom right corner, that its worthy of being hung up as just an art print.

Drop Details:  This goes on sale tomorrow at a random time on Mondo's website. It is an edition 275, measures 18x24 and costs $40. Good luck!